Measure for Measure - Field Music Plough Efforts into a Tour, a Festival, a Single and an Album for 2010 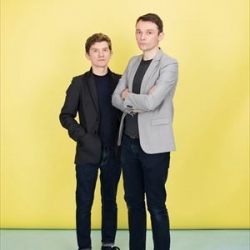 Assuming that you have all been paying attention and not talking in class, you might have spotted the review for the new Field Music album just posted on this very site. Crikey it's rather good, a contender for (blah blah) Album Of (blah blah) The (blah) Year I reckon. A single from the album has just been released as well as details of their first UK festival appearance which might well sell out, PFQ!

They are already in the throes of a UK tour, appearing at Glasgow's Nice N Sleazy venue tonight and continuing through Birmingham, Oxford, London and finally Belfast's Pavilion on March 6th and all for around a tenner! Even in London! The lads will then be playing the good ole US of A where I am positive they will be adored.

In addition to their own headlining, the Sunderlanders are now booked to appear at the North-East's prime music festival, the Evolution Weekender 2010, set in the Newcastle Spiller's Wharf venue on May 30th. They will play on the same bill as Futureheads, Paolo Nutini and Calvin Harris so I would get there early to catch them as they sure as hell ain't headlining this one.

As well as the excellent album, there is a limited 7" single release of top-drawer track, 'Them That Do Nothing', doing the rounds in specialist shops. An exclusive B-side entitled 'Repetition' may well be enough to tempt you into going back to wax!

Give them a Mercury, I say!