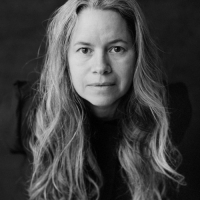 2010 is not as futuristic as it seemed a decade ago. No imminent signs of Skynet becoming self aware (or even existing) and as for Replicants there isn't even a whiff of them. However 2010 more than makes up for end of world disappointment by bringing up a welcome blast from the past as the wonderful Natalie Merchant gets set to unleash not only a fantastic sounding new album but also a seven stop UK Tour to showcase it.

After six years of exhaustive work, the former lead vocalist of 10,000 Maniacs is ready to release 'Leave Your Sleep', a 26 track epic sprawled over two discs, featuring a very eclectic mix of poems by both famed and more obscure scribes as well as nursery rhymes and lullabies set to original music, featuring 130 musicians in total. What a payroll. This exciting piece of work is due for release on April 12th and hot on its heels is the UK Tour which begins at London's HMV Hammersmith on Saturday May 22nd before going to Manchester, Gateshead, Edinburgh, Birmingham and Bristol all in one week before the all too soon final gig at the Brighton Dome on Sunday May 30th, after which she spreads her wings across Europe for more touring duties. So to be a part of what promises to be a rather epic set of nights click the links below this article. Tickets for all shows are Â£27.50 except the London Apollo which is Â£32.50/Â£30.