What the Faust?! German Avant-Garde Rock Pioneers to Play a Few Select UK Dates in 2010 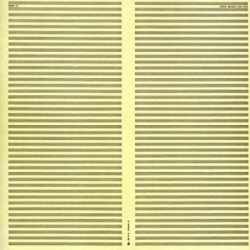 Back in 1971, it was a transitional time for music (of sorts). Led Zeppelin released the landmark 'Four Symbols' album ('Stairway To Heaven' and 'When The Levee Breaks' et al), Queen, New York Dolls and The Eagles all formed themselves and, er, ELO released their debut album, as well other notable releases such as Carole King's 'Tapestry', Joni Mitchell's 'Blue' and Jethro Tull's 'Aqualung'. In the Germany countryside something was stirring ... and making something that sounded completely unlike all of the artists above. That stirring came from the minds of the band Faust - and they were about to make history ...

Cut to 2010 and you have a chance to see this enigmatic band playing 'the hits and more' at a clutch of special dates around the UK, starting in Birmingham on May 10th, Glasgow on the 11th, continuing to Manchester on the 12th and finally Wrexham on the 13th. The Brum gig is £17 but the remaining two are a tenner plus fees.

Initially signed to Polydor in 1971, their debut album of just three extended sound collages that could test anyone's grasp of pop music, sold modestly enough in its striking screen-printed clear PVC sleeve and clear-vinyl disc inside. But it was their first Virgin album the Faust Tapes that ruffled the feathers amongst proggy-purists. Released in 1973, it was one of the first records to feature sound-collage and cut-ups so beloved of later Industrial artists such as Nurse With Wound, Einsturzende Neubaten and Severed Heads, not to mention Amon Duul and Brian Eno. Virgin, keen to sell their new signings, flogged the album for 49p - it worked, chalking up 50,000 sales. They recently released the album 'C'est Complique' in 2009.

In addition to Faust treading the boards, their compatriots Tangerine Dream are also out and about, playing a concert at the Royal Albert Hall on April 1st. Tickets are still available - you'd be an April Fool to miss it.