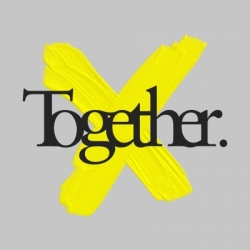 The Coronet Theatre has announced a series of impressive looking live music nights, leaning heavily on electronic and dance music as well as a smattering of indie acts.

Starting on March 12th, Together [Season 1] will run for eight consecutive Fridays up until April 30th - Season Two will be announced in due course. Three rooms, many artists and one objective - to give South-East London something to get excited about. Room 1 is the large arena for the key acts of the night, Room 2 represents a more eclectic blend of madness, normally hosted by a band, a magazine or a club and Room 3 gathers up and coming talent from far and wide.

There are Early Bird tickets available for just £10 - and when you see the line-ups, well you might be happy to part with half of a score! See below for what March has to offer.

Does It Offend You, Yeah?

March 19th features Does It Offend You, Yeah?, Herve, Urchins, The Bloody Beetroots and Kissy Sell Out with rooms hosted by NukeThemAll and Kool Kids Club whilst March 26th will tempt you with DJ sets by The Maccabees, Mumford & Sons, Golden Silvers and The Invisible plus live appearances from Reverend and the Makers, Josh Weller and Daisy Dares You. Room 2 will be sub-titled 'The Mumford & Sons Barn Dance'.

Moving into April and the Coronet plays host to the Outlook Festival 2010 Launch Party on the 2nd. Ms Dynamite and Macka B will play live sets with DJ stints from 1xtra's Semtex, Joker, Newham Generals and the wonderfully named Funtcase.

On the 9th, jungle legends Roni Size and MC Dynamite head up an impressive night with special guest Rob Da Bank and Digital Mystikz providing the sets and Kano and De Tropix doing it live.

Toddla T, Todd Edwards, Wild Palms and Disco of Doom appear on April 16th, Cassius, Ou Est Le Swimming Pool, the legendary Greg Wilson and Holy Ghost! gather on the 23rd and bringing Season One to a close on the 30th will be the equally legendary Felix da Housecat, Digitalism, Heckle and a whole room hosted by Allez Allez DJs.

Any further additions or changes will be passed on to you dear clubber - but it looks like the Coronet will be blowing its own trumpet for weeks to come, plus it's like having your own clubbing festival without having to spend hours on a motorway or pitching a tent [depends how excited they get - Ed]. Bring on Season Two!