Chemical Brothers Block Rockin' the Roundhouse in May 2010 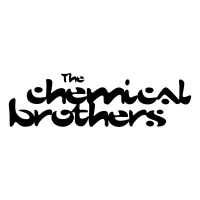 Little has been heard from the Chemicals since their 'Brotherhood' outing in 2008, except maybe for Ed Simmons' much-publicized romance with popstrel Lilly Allen a while ago. Anyway, the electronic music duo is now back at what they do best, and though no new album has yet been announced, the pair have announced a couple of shows next spring, which will be their first live appearances in eighteen months!

On 20th and 21st May, they will take their many 'Block Rockin' Beats' (that span neo-psychedelia, big beat, techno, electronica, dance, trip-hop, house, and breakbeat) to The Roundhouse in Camden.

So, if you'd happen to miss them out this time round (not wishing you to) but find yourself in Barcelona, in June, make sure you catch them at the Sonar Festival, alongside fellow eletronica-merchants, Air and LCD Soundsystem, for some 'Midnight Madness'!