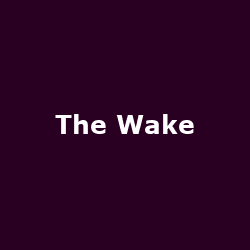 Fancy a day or two of cheap gigs that last longer than the average evening? A chance to see some new and not-so-new bands from all over the globe, without breaking the bank? Ever considered a bit of London Popfest? Don't even know what it is yet (to quote Mr Harris)? Park your enquiring mind right here and I will tell you!

Basically, London Popfest 2010 is an annual three or four dayer that features several bands in one venue per day, thrashing and crooning their little hearts out for your pleasure (and cash of course). Last year's kit and caboodle featured Comet Gain, Tender Trap, Milky Wimpshake and (great name) Town Bike plus a dozen others with lots of DJ nights as well. You don't normally have to venture too far from Zone 1 and it's a great place to spot a bit of (musical) talent.

2010 looks even sexier - the February venues and line-ups this year are as follows:

The 25th (sold out - tickets on door) sees Rose Melberg, Withered Hand, The Pines, Airport Girl (Rob Price) perform at the Café Oto, Dalston. Early Birds have now sold out for this and the 26th event which takes place at The Buffalo Bar, with The Just Joans, The Garlands, Horowitz and The Sunny Street. Again, you might get in at the door.

You should, however, be able to buy tickets for the remaining two days of music. An all-dayer beginning at 3pm on the 27th, takes place at the 100 Club on Oxford Street. NINE bands (whew!) including Ballboy and Red Shoe Diaries plus FOUR DJs will fill your boots for just £12 - that's 92p per performer! Get in! Some tickets are still available for this one and the shorter shindig on the 28th.

This last day (well, 4 hours or so), will start at 3pm at The Lexington and end at 7pm-ish (although the DJs might well carry on a bit longer!). Headliners are Factory and Sarah pop-moodists, The Wake, in what is their first appearance in the UK for nearly two decades. They had a triumphant return to 'live' music in Brussels during the Factory Night (reviewed on here) and, with a new album in the pipeline, 2010 looks like a resurgent year for this much-underrated band. Chart-band (well, with a certain number one, 'Your Woman'), White Town, Horse Shoes (who cite The Wake as a major influence) and the magically-monikered Leaving Mornington Crescent also appear.

Tickets for the latter will shift pretty damn quick so get clicking!