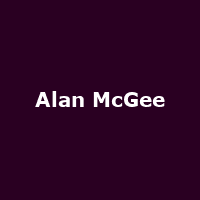 The South-East London borough of Lewisham is probably not that high on many people's lists, when it comes to 'live' music venues. Blackheath Halls, Catford's Broadway Theatre and Deptford's Albany have all had a crack at indie, rock and club nights as well as the archetypal classical, easy-listening and what have you - in fact read further on for a major post-punk legend's appearance coming up at one of those three venues very soon!

There is a fourth venue that is starting to make a real name for itself in the Lewisham area - step up to the plate, Dirty South! Situated in Lee High Road and equi-distant from Lewisham's transport hub (DLR, South Eastern and buses - 15 minute walk) and Hither Green (South Eastern, 273 bus - 11 minute walk), the pub-cum-late bar hosts the monthly Greasy Lips night as well as DJ sets for the wide-eyed and not-too-legless. It has previously had Babyshambles and Krakatoa testing its sound system to the limit in the not too distant past.

February's attractions include the aforementioned Greasy Lips night on Friday 12th with legendary indie-promoter and label-boss, Alan McGee. Introducing Creation Records to the music scene during the early 80s, he gave us Jesus & Mary Chain, Primal Scream, Weather Prophets, Momus, Felt, Biff Bang Pow and of course Oasis during his tenure. He went on to manage The Charlatans, Libertines and Mogwai as well as launching the Poptones label in the 90s. For this special night he unveils four eager new bands as well as his DJ-ing skills for just £8. A bargain for four fresh-faced acts including Falling Embers, The Invasion Of, The Brassic and Boldy Goin Nowhere.

On February 20th, Oasis original guitarist Paul 'Bonehead' Arthurs returns with his new band The Vortex! Unsurprisingly sounding like early Oasis (rather than the less-frenetic post-Bonehead output), this is a one-off chance to see a key operator and contributor to the Brit-pop scene of the previous decade. £8 plus support from locals, The Dirty Reds.

Bombay Bicycle Club will play host with a DJ set on February 27th, plus a swathe of 'live' acts preceding the wheel-spinning antics of the darlings of NME's Shockwaves. They are due to hot-foot it around Europe pretty soon so this is their last appearance. £8 plus support (including Edit/Select) with loads of freshly-picked favourites from the box of Bombay.

The Dirty South welcomes two more major players in March - on the 5th, Kid Harpoon's frontman Tom Hull will strum a few KH favourites and surprises, while attitude-ska-punk rockers KiD BRiTiSH will skank their grubby little tunes all over the place on March 6th for £8. Add to this a recently-announced Alabama 3 gig on March 13th, other band-nights and dubstep nights from Raptor and you have a venue that is going places! Gotta be worth the easy trek - see you down there!

Finally, I mentioned a post-punk legend at the beginning and I didn't just mean Alan McGee. Straight out of Ohio and straight into Blackheath (yes I said Blackheath, folks), it's experimental art-punk and rock band Pere Ubu with David Thomas at the helm. They play the Halls on February 27th for £16 - £18 and, yes, I know it clashes with the Dirty South but you can always nip down there after the Ubu can't you? Anyhow, this is a special performance from the band who blessed us with the albums 'Modern Dance' (1978), 'Cloudland' (1989) and the recent 'Long Live Pere Ubu' - it's a radio play version designed to explain the origin of the band's name, that being the French play by Alfred Jarry called 'Ubu Roi'. It will be the usual out-there performance by David Thomas and his cohorts and well worth seeing.

Now who said nothing ever musical happens in Lewisham?