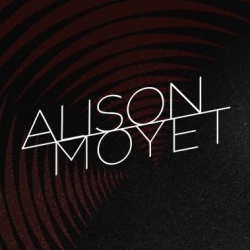 Jools Holland has announced details of his upcoming 2010 UK tour, as well as a very special guest for all but one of the dates. Basildon's finest export (along with Depeche Mode of course), Alison Moyet, will be joining the ivory-tinkler to the stars during the extensive year-long tour that will take in unlikely towns, country estates and obvious cities around the country. Autumn tickets go on sale on Friday 5th Feb and prices vary depending on location. Spring and summer tickets are on sale now.

Starting on the Isle of Wight at the Ryde Arena on April 23rd, the tour takes in Hastings, St Albans, Kew Gardens, the Larmer Tree Festival, in fact even the Isle Of Man makes the list with, not one but, two gigs on June 23rd and 24th. Please note that Alison will NOT be appearing on the 24th due to other commitments, however Brit-rocker and guitarist Dave Edmunds will replace her for this night only. July includes several country-house style performances including Eastnor Castle (10th), Alnwick Castle (17th) and the Shugborough Estate near Stafford (25th) before rounding off the summer leg in Swansea on August 8th.

Mr Holland puts his feet up in September (ha ha, I bet he doesn't - the man is always busy) until October 21st sees the tour hit more familiar towns and cities starting in Ireland's Castle Bar and continuing through two nights at the Royal Albert Hall on November 26th and 27th (tickets on sale Thursday 4th at 9am for these), before finishing in Cheltenham on Dec 22nd. The full list is below.

Alison Moyet is certainly a catch for Holland for this tour - the Essex chanteuse started her career with punk bands before teaming up with Vince Clarke in Yazoo. After a few hits ('Don't Go', 'Nobody's Diary' and 'Only You' for example), she went solo and has scored many Top 30 singles and three top 3 albums. Soul-singing legend, Ruby Turner and reggae-trombonist and singer, Rico Rodrigeuz add further weight to the line-up.