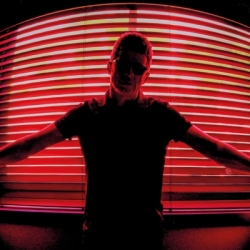 Following the announcement of Depeche Mode's charitable Royal Albert Hall gig on February 17th, the Teenage Cancer Trust has enlisted the services of some massive names for a week of concerts in March. Noel Gallagher, Suede, Them Crooked Vultures and The Who head up the juicy line-up set to raise the roof at the landmark Kensington venue.

Teenage Cancer Trust is a charity devoted to improving the lives of teenagers and young adults with cancer and all tickets for the below concerts will go on sale at 9am on February 5th which will make our Fat Friday feature even more of a feast than usual. 10 years of the very best in music and comedy? Done!

First off and March 22nd sees Dave Grohl, Josh Homme and John-Paul Jones strut their stuff - the band have created a wave of awe (maybe not the shock element though) with their riffingly good first album, packed full of nutritious nuggets of pure unadulterated rock.

If you'd rather split your sides and help raise cash in the process, Jimmy Carr, Noel Fielding and Rhod Gilbert will no cause much mirthful mayhem as only they know how. Acerbic barbs a la Carr, Welsh wit wizardry from Gilbert or surrealism-on-toast from Fielding, how more spoilt can you be with all that on a plate. March 23rd - remember the date, comedy fans.

Three members of Brit-pop royalty head up a trio of amazing gigs later that week - the 24th sees Suede reform for this one night only (we shall see) and relive some of the most important and emotive music of the early 90s. Brett and Bernard have been busy carving out rather more sedate solo careers since the band split in 2003, but the Suede legacy has lived on. These tickets are possibly the hottest of the week - unless you include a certain Noel Gallagher who is playing TWO dates for the Trust on 25th and 26th. The Oasis frontman will no doubt unveil some new songs as well as the pick from any one of the super-group's vault of treasures. The new pretenders are not new pretenders anymore - Arctic Monkeys have proved their worth with three decent albums and respect across the board. They round off the bext in Brit-rock on the 27th.

Be sure to pack the ear-plugs on the 28th, when JLS will cause thousands of teenagers to lose control of their tonsils and ability to stand up straight. The lads have risen to the heights since their X-Factor run with nearly a million sales of their debut album already shifted. But don't think it's just the kids getting into them - they seem to appeal to all ages so expect huge demand for this gig. They have also contributed to the Haiti Relief single, 'Everybody Hurts'.

Finally, two monsters of British music-culture line up for the last pair of performances. The Specials have been named as winners of the NME Outstanding Contribution Award in association with the Trust so it seems fitting they will bring 'Rat Race', 'Ghost Town' and 'Gangsters' to this very special fund-raiser. Their 30th Anniversary Tour all but sold out - this will too. It's on the 29th by the way. On the 30th, The Who will return to the Royal Albert Hall once again for the charity - if you missed them in 2008, now is your chance. Daltrey and co still wipe the floor with most of their peers and copyists and songs like 'Won't Get Fooled Again', '5.15' and 'My Generation' are landmarks in music.