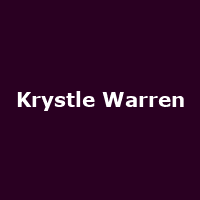 Meet Krystle Warren, the U.S-bred/Paris-based songstress on the up, who captures the long lost quality of such chanteuses as Joan Armatrading, Dusty Springfield or even India Arie. Championed by the likes of Erykah Badu and Keziah Jones, Warren released her debut album, 'Circles', last October, off which the first single, 'Year End Issue', came out in November.

After appearances at the Barbican, as part of The Jazz Voice (and appropriately so) in November'09 and Nick Drake's Way to Blue tribute alongside Robyn Hitchock and Vashti Bunyan, among others in January '10, Warren will play the Jazz CafÃ© on 8th February - alongside Rox and Andreya Triana (as part of the first HMV Next Big Thing Festival), followed with a residency at Soho Theatre, where she will play four consecutive dates from 24th to 27th February.

Tickets for her Next Big Thing performance and her first show at Soho Theatre on the 24th both cost a tenner; Â£12.50 for the three other dates- all worth the discovery you will agree!