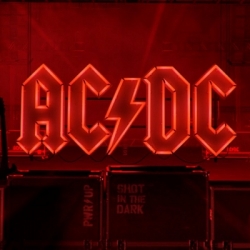 It has today been announced that the music of Aussie rockers AC/DC will be used as the soundtrack to the movie sequel 'Iron Man 2', featuring Robert Downey Junior, Gwyneth Paltrow, Don Cheadle, Scarlett Johansson, Sam Rockwell, Mickey Rourke and Samuel L. Jackson.

The film by Marvel studios, to be released to the public internationally on 28th April 2010 will feature fifteen classic AC/DC songs taken from the band's studio albums recorded between 1976 and 2008, including Shoot to Thrill, Rock 'N' Roll Damnation, Thunderstruck, Let There Be Rock and of course Highway to Hell and Back in Black. Check ironmanmovie.marvel.com for movie trailers.

The soundtrack will be released a week before the movie on Monday 19th April.

AC/DC were last night confirmed as one of the headline acts for this year's tasty-looking Download 2010, also featuring supergroup Them Crooked Vultures, Deftones and Motorhead amongst others. Tickets for this year's download go on sale this Friday 29th January at 9AM.