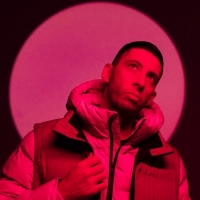 Among a handful of winter festivals (including the new-born HMV Next Big Thing coming next month), the Outside-in Festival will keep some entertained while waiting for brighter, longer and warmer days to come. Presented by Channel 4, the one-dayer will inaugurate at The Sage Gateshead on Saturday 30th January, with the promise of "a summer party to melt away the winter blues!" Suckers for all things poppy and teen-friendly (hosted by T4 presenter Rick Edwards, the highlights of the event will be broadcast on C4's offshoots, T4, 4 Music and The Box in early February) will be drawn to the line-up, which will include the likes of Brits alumna Pixie Lott, Welsh loud rockers Lostprophets, critics' choice Marina and the Diamonds, rapper Example, The Courteeners, Erik Hassle, Taio Cruz, Alphabeat and the trios N-Dubz and Sugababes among others.