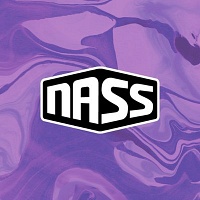 Did you ever think that the combination of Sports + Music could end up in anything but utter cruddiness? Well it's time to banish all those thoughts as the Relentless NASS Action Sports & Music festival hit's the Bath and West Showground in Somerset from 9th-11th July this year and you could be there if you keep your eyeballs on these words I'm typing right now and further on.

The event proved popular in 2009 and returns this year with three stages set to showcase some of the world's biggest musical acts (N*E*R*D* and Tinchy Stryder are previous acts to grace the stages). And all the more brilliant are some fantastic sporting inclusions with BMX, Skating and more extreme sports like Parkour and FMX (young 'un's eh?) set to titillate all comers. It all adds up to a fresh and very exciting festival that deserves huge support for the sheer fact it offers something different to the run of the mill music festivals.

With acts to be announced on 5th February, tickets are ready to fly off the metaphorical shelves, they have limited Early Bird tickets available from 5th to 10th February available for subscribers to their mailing list (check: www.relentlessnass.com). The offer runs out on February 10th when they will be on sale at the regular price (from Â£15 to Â£29.99 for one day adult pass), although this is still quite a bargain for what you're getting. Rock N' Roll - Pah...Rock N' Sport. Keep watching this space for further announcements.