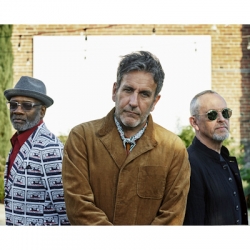 The Specials reformed in 2009, the "year of the reforming band" (or was it the year of the Ox?), selling-out venues the length-and-breadth of the UK. Unfortunately, they didn't manage to 100% reform as unfortunately, founder member, keyboard player and songwriter Jerry Dammers wasn't included - but let's not get into band politics and potentially mar what was generally hailed as a great moment for British music.

The tour, which marked the 30th anniversary of their debut single 'Gangsters', started out small, as they coyly announced a few UK dates (no London dates, would you believe), but over the days and weeks, grew, even including two stadium dates - one at the Cardiff International Arena and one in their hometown at the Ricoh Arena in Coventry! Of course, all dates sold-out, such is the love for the UK ska/ two tone band.

Now you can relive the tour with this 30th Anniversary live DVD, filmed at the Wolverhampton Civic hall in November of last year, featuring the hits: Too Much Too Young, Guns of Navarone, Do The Dog, Dawning of a New Era, Gangsters, Monkey Man and Friday Night / Saturday Morning - which includes the joyous, life-affirming lyrics:

But two o'clock has come again
It's time to leave this paradise
Hope the chip shop isn't closed
Cos' their pies are really nice
.....
I'll eat in the taxi queue
Standing in someone else's spew
Wish I had lipstick on my shirt
Instead of piss stains on my shoes

... quite why anyone refers to "gritty" English lyrics, I have no idea... Oh yeah, and there's this little song called 'Ghost Town', which you may have heard of, apparently - that's also on there.

As well as the live music, the DVD also contains behind-the-scenes footags and a section where fans of the band profess their undying love for the band, and what the Coventry band mean to them. Featuring 24 great live songs, the DVD is released on the 1st March, priced at £10.99 from the Specials website: www.thespecials.com

An edited version of the live show will be previewed on Sky Arts on 6th February.