What in Damnation? - Leeds to Bring on the Extreme, The Grindcore and the Deathfest 2010 for just a tenner! 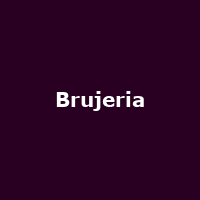 Those most gracious and polite of people who organize the Damnation Festivals, have announced a special treat for those who like their metal fast, terrifying and ear-splittingly loud - Deathfest 2010: The Second Coming is approaching - prepare to be tortured aurally.

After the success of last year's blitz provided by Akercocke, Benediction and Infected Disarray, you'd be forgiven for wondering how the creators of such a maelstrom could follow it. Park your arse on a chair and we'll begin to tell you

The 2010 bash is an all-dayer on Sunday 2nd May and takes place on two stages at the Leeds University Union and features at least five premium bands as well as a fantastic ticket offer.

Tickets purchased between now and the 31st January will be £10, rising to £19.50 thereafter until the gig starts. That's a tenner for five bands - two quid for each band and we haven't even told you who's playing yet. You might need to sit back down again

Bad-ass extreme-metallers Brujeria will take centre stage along with brutalist-deathcore kings Immolation. Other confirmed masters of death and destruction include the charmingly-monikered Fukpig, thrashers (and my faves on here) Dawn of Chaos and thudding doom-core merchants Violation.

Brujeria hail from Mexico City and play a particularly disturbing set sung in Spanish and concerning all sorts of religious, satanic and sexual rituals as well as wearing bandanas and face-masks. Their albums have courted controversy (a couple of them appearing on ex-member's already-controversial Alternative Tentacles) and their new one should appear later this year. Immolation is a band you have to hear to believe - they come from New York and specialize in intricate drum-patterns and knee-grating riffs. They too have a new album out soon called 'Majesty And Decay' (due on March 5th) and, judging by their My Space page with the new song 'The Purge', it sounds pretty tight. These two don't play the UK much - this is a real one-off.

Representing the UK and Birmingham is Fukpig, a full-on thrash and death act who mix in a bit of grind-core for good measure and write delicate pieces of anger like 'The Horror Is Here', 'Bombs Of War' and a song unlikely to become Saturday Kitchen's new theme song, 'C*nthive'. Next up and we have the Hartlepool-based Dawn Of Chaos who will create a stir when they play the anthem, 'F*ck Off, You're Not Death Metal' (check it out on My Space: www.myspace.com/dawnofchaosmetal) as well as subtle lullabies of grim like 'Bitch Died a Virgin' and 'Take the Cadaver'. Reckon the last one will be used for Goal of the Month on Match of the Day myself. The lads will also head up their 'Causing Chaos' festival at The Cluny, Newcastle as part of cancer research on Feb 27th. Finally we have Volition, specialists of slow-death and doom-metal and hailing from the Lakeland wastelands of Furness. Reason enough to make music that turns your brain into a pink pulp? Maybe, although perhaps they should try a spot of fell-walking to unleash all that tension. Just kidding - these boys certainly make a delightful racket.

And the price again? Ten whole pounds - but only for a limited time!