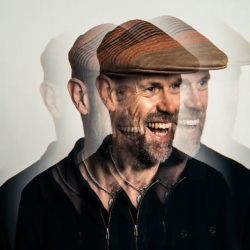 Belfast becomes the latest city to instigate a fund-raising event for the earthquake-shattered country of Haiti.

On January 31st, the city venues of The Limelight, Spring and Airbrake and Katy Dalys will hold a series of live performances (featuring The Answer, General Fiasco, In Case Of Fire, Panama Kings and many, many more) and DJ sets in order to raise much-needed cash for the disaster appeal. Belfast 4 Haiti is a day-long festival that costs just £10 with no booking fee and no postage fee with all proceeds going to the Haiti Fund. (The same venues raised 18k for the Tsunami appeal).

In the same city but this time at the Stiff Kitten venue, a Haiti Fund-Raver (like it) club night will take place with sets from Phil Kieran, Japanese Popstars and local-boy-made-good David Holmes. Tickets for this cost £5.

So where else apart from Belfast can you swing your pants yet contribute with a bit of human kindness and cash? Well, Exeter's Phoenix have already held their event last night with Show of Hands and Jackie Oates heading the proceedings and tonight (22nd), Manchester's Roadhouse will host the 'From Manchester To Haiti With Love' shindig, with a raft of local DJ-ing talent including Crowhead, Steelo, Kwasi Asante and Ryan Stone. All for £3!

London's East Village has a pretty stellar line-up on Sunday 24th with disco-pogo DJ Joey Negro, 90s Brit-soul hopeful Don-E on a PA and many others. Tickets cost £5. Great effort East Village, so come on London - there must be more this city could be doing!?

Well, there is a juicy Jazz for Haiti gig at the Willow in Winchmore Hill sponsored by Jazz FM and featuring many musicians such as Kelly Dickson, Ed Jones and a trumpeter-to-watch Damon Brown - £10 for tickets for the January 31st event.

Finally back to the 31st and Birmingham and Halifax show their charitable chops with two 'live' nights aimed at full-on snail-raising rock and fist-pumping punk. Brum's Old Wharf (in Digbeth) will hold a rock night featuring Northamptonshire's Acoda and other regional jewels. If you thought the only metal to come out of Corby was steel, check out the cast-iron riffs from Acoda, all for just £4. Halifax is too often associated with crap adverts with some plum rapping about savings accounts and mortgages but the town itself hosts a Haitian fund-raiser with a punk and ska flavour at The Old Cock. Confirmed are Red Alert, Loudmouth and the EBGBs amongst many. £5 for admission.

There are bound to more gigs announced over the coming weeks - we will keep you posted, or click on the 'Haiti Gigs' button for a current overview. Meanwhile, with tens of thousands of people still seriously affected by the quake some 2 weeks later, it's down to the wealthy countries to help fund a speedy recovery. If you can't make the gigs then why not donate what you can at The Oxfam/ DEC websites: www.oxfam.org.uk / www.dec.org.uk