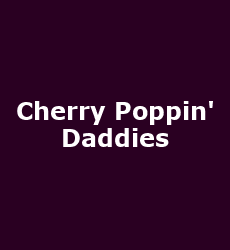 Funky retro-rockers Cherry Poppin' Daddies have this week announced the postponement of their UK/ European tour due to lead singer/ guitarist Steve Perry damaging his knee. The octet were due to hit these shores on 1st February for a seven-date UK tour that would have taken-in Southampton, Brostol, Birmingham, Norwich, London, Huddersfield and Manchester.

Steve had this to say:

I guess by now some of you have heard that I screwed my knee up and require surgery and consequently the Daddies February tour of Europe is going to be postponed. The band is very disappointed and I really feel like crap that it's my old ass that let everybody down. We are not sure today when we will actually make it to Europe, but hopefully summer or fall of 2010. I should be good as new for American stages by March.

Refunds can be obtained from your point of purchase, or will remain valid if you hold-tight. We'll keep you posted of the new dates as-and-when we know.