Fifestock 2010 Brings the Cream of Blues, Rock and Roots to the Wilds of Scotland 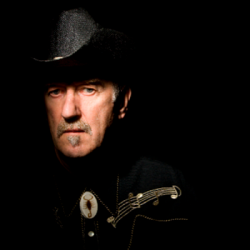 How do you fancy spending some time watching legends playing blues and roots of all kinds, situated within a 400-year old coaching house near a big golf-course (you might have heard of it, it's called St Andrew's) and surrounded by stunning Fife countryside? Yes? Oh and the pub won their version of the 'Grammys' last year. Now read on ...

Fifestock 2010 has to be the world's smallest music festival - most of the venues including the aforementioned pub, the Inn at Lathones, are just big enough to take around 50 people at a time! Now that's what I call intimate. The festival starts on Feb 18th and ends on March 14th and many more acts will be announced in the coming weeks but, meanwhile, here are the pick of the bunch so far. The full list of dates is available by clicking below (note that our article is focused on the events at Inn at Lathones - other venues will be announced soon).

On Feb 23rd and 24th, Deborah Bonham brings her blues-rock band to Fife and with it her famous brother's legacy. John Bonham transformed drumming with Led Zep and his son Jason is continuing the family tradition of music makers, playing on several tracks on Deborah's recent 'Duchess' album (it also featured some vocal work by Free, Bad Company and recent Queen front-man Paul Rodgers). Tickets cost £22 - a bargain for an artist who rarely plays anywhere north of the border.

Hank Wangford and Martin Belmont appear on the 27th, bringing their unique blend of country and western, English style, to the Scottish haven. Wangford was a Peel and Kershaw favourite during the 80s, particularly with the songs 'Rodeo Radio' and 'Cowboys Stay on Longer' and has recently released an album with The Lost Cowboys entitled 'Whistling In The Dark'. £20 gets you a legend methinks.

Ex-Rolling Stones and Bluesbreakers rhythm and slide guitarist Mick Taylor will appear with his band of merry blues merchants on March 5th and 6th for two very special dates. At £60 these are not cheap gigs but it's unlikely you will see the man out touring every month and he is a quality guitarist.

Following on from one legend to another - Graham Gouldman will plunder his blend of melodic acoustic rock, most of which was written with the once-huge 10cc, an outfit that chalked-up many weeks at number one with the Gouldman co-written song 'I'm Not In Love' as well as 'I'm Mandy Fly Me' and 'Dreadlock Holiday'. He later went on to form the band Wax with singer-songwriter Andrew Gold before gradually getting 10cc back off the ground. Tickets are £48.

Finally, Fifestock will also feature John Verity with songs from the age of Phoenix, the band he formed with other ex-Argent members back in the 70s. He plays on the final official night of the festival (March 14th) and tickets cost £20.

We'll let you know of any more added names in due course.