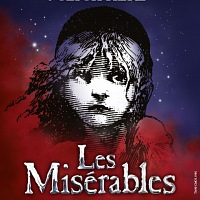 One of the most successful and familiar musicals, Les Miserables, will return to Manchester for a further run, this time at the Lowry Theatre in August thus joining the ever-growing list of cities presenting the show in 2010. The touring show is due to start a new run in Manchester from January 19th until February 13th at the Palace Theatre, after a successful stay in Cardiff through the Festive season. The tour then continues to Norwich (Theatre Royal), Birmingham (Hippodrome), Edinburgh (Playhouse) and Bristol (Hippodrome) before returning to Greater Manchester at Salford's The Lowry.

The Lowry performances will begin on August 10th and conclude on the 21st and tickets for the latter start from £28 for Upper Circle seats, rising to £46 for the best Circle or Stall seats (plus the usual fees)..

Les Miz (as it is colloquially known) is a relatively new musical, written in 1980 by Claude-Michel Schonberg, Alain Boubil and Herbert Kretzmer and concerns the story of a convict who re-offends during parole, only to be forgiven by a kindly Bishop who forgives him and therefore inspiring to find a better life. It is based (in varying degrees) on the Victor Hugo book of the same name and initially debuted at the Barbican Arts Theatre in 1985 under the watchful gaze of the renowned producer Cameron Mackintosh.

It eventually became the longest-running West End musical in history with over 9,000 performances and still going strong - which leads us on to the London production. It is still playing at the Queens Theatre and the run is currently set to continue well into 2011. Differing only in a cast line-up to the UK tour version, tickets for the West End nights start at £42.50 for the Upper Circle and rise to £59 for other seats (plus fees).