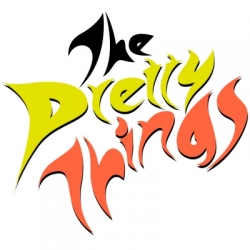 Within four months of opening, The Blues Kitchen has soon established itself as the new favourite haunt of Camdenites and non-locals alike. Aside from the hype, what makes it so special as one of many live music venues in London is that it programs all things sonically vintage and bluesy. So, on these terms, it will inaugurate its first Rhythm and Blues festival, which will run from Monday 22nd February to Sunday 28th February, over seven days of live blues performances, harmonica tutorials, jams and a New-Orleans-themed Mardi Gras party.

Performance-wise, The cult 60s band, The Pretty Things will open festivities on Monday 22nd February, followed by UK's blues collective Big Joe Louis and his Blues Kings on the Tuesday, Chaka Khan's favourite guitarist in Ian Siegal on the Wednesday, Little Barrie (hailed by the likes of Paul Weller and featuring Primal Scream guitarist Barrie Cadogan) on the Thursday and UK-based Canadian-born one-man-band Son of Dave on the Friday.

Saturday will host a harmonica masterclass followed by a Mardi Gras party - a fund-raiser for the New Orleans Hurricane Relief Foundation - then curtains will fall on the Sunday, featuring jams with Nine Below Zero and the Blues Kitchen Band.

All live performances (Monday-Friday) will start at 9.30pm and are free of charge, except for The Pretty Things', tickets for which cost £8.00 + booking fee - check below for availability.