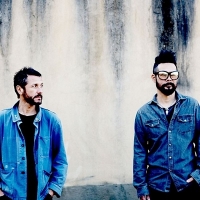 Hurry hurry, fans of Feeder and alternative rock 'cos if you hadn't heard Feeder boys Grant Nicholas and Taka Hirose have formed a brand spanking new side-project 'Renegades' and they have announced a six stop tour from Jan 25th - Feb 8th but as you'd expect, hot cake-speed sales of tickets have meant now just a limited number are up for grabs.

The newly-formed group have just released their self titled debut EP and are showcasing it at six venues across the UK starting in King Tut's, Glasgow (25th Jan) before zipping to Manchester, Birmingham and London, London and er, London (in Water Rats, The Lexington and the Hoxton Bar & Grill on respective nights) to round it off. Tickets are £35.00 for each gig and are available via www.feederweb.com and to cap it all off you get a official Renegades T-Shirt, so you have proof that you were there when it all began. Just don't go topless to the gigs, it's still flipping chilly out there.

[Also up for grabs are two Renegades freebies - the songs: 'Sentimental' and 'Renegades' - available from www.feederweb.com - Ed]