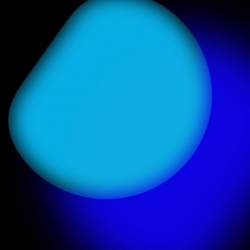 Manchester's technical-wizards and free-form electronic duo Autechre have announced details of their upcoming album 'Oversteps', as well as a few anticipated dates around the time of its release. The album is released on Monday 22nd March and contains 14 tracks with the usual quirky titles such as 'Os Veix 3', 'Pouy' and 'Pt2Ph8' and becomes their tenth album for the influential Warp label. It will be released on CD and a deluxe vinyl/ poster set, both coming with an optional WAV/ MP3 download version.

The upcoming tour will begin on March 11th at Manchester's Pure and take in Birmingham's Rainbow (12th), Minehead for the Bloc Weekender (13th), Nottingham's Stealth (15th), Glasgow's Sub Club (16th), Leeds Wardrobe (17th) and finally Brighton's Pavillion Theatre on the 18th. Ticket prices vary. A London date has been penciled in for April 10th on their return from around the rest of Europe - we'll confirm this date and venue when it's announced.

Autechre were formed in 1987 by Sean Booth and Rob Brown, both sharing a love of electro and hip-hop. However it was several years later in 1993 when their first full-length album 'Inculabula' appeared as part of Warp's ever-increasing series of 'Artificial Intelligence' collections. Their music has moved on from the pretty pastoral textures of their early days to an amalgam of skittering beats, intense synth-washes and a battering-ram of electronic that is never less than challenging.

Of their extensive catalogue I can recommend the aforementioned debut, 'Chiastic Slide' (1997) and 'Draft 7.30' (2003) although some critics might accuse them of making the same music over and over. Nuts to them - any band that sticks it the man is alright by me - they recorded 'Flutter' in 1994 as a response to the 'repetitive beats' clause in the Criminal Justice Bill. Basically each bar had a completely different set of non-repetitive segments thus negating the need to 'call the police at a rave or gathering'. It's one of the prettiest tracks actually. You can be assured it won't be so pretty when they blast your cerebellum in the spring!