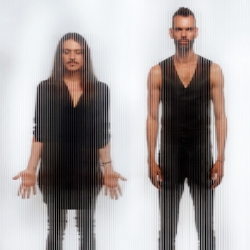 Brian Molko has attained near-God status with his devoted legion of Placebo fans - who can forget the androgynous hybrid delivering a powerful performance with the single 'Pure Morning' back in 1998? Or screaming other angst-anthems such as 'Nancy Boy', 'Taste in Men' and the excellent cover version of Kate Bush's 'Running Up That Hill'?

Although the band hasn't featured in the singles chart for a good while, their recent album 'Battle for the Sun' contained a couple of corkers in the title track and 'Julien'. Now they have announced a third single release due out on February 8th. Called 'Bright Lights', it has been remixed by Dave Bascombe and been given a shiny makeover in the form of a video directed by Heroes For Zeroes. You can watch it here.

2010 looks like being another important year for Placebo already with the recent announcement concerning their appearance at this year's Sonisphere in the summer. They join an already premier line-up that includes Iron Maiden, Rammstein and Slayer, so no pressure there then! They have also recently been awarded MTV's Best Alternative Act 2009 - not bad for a band in its 16th year.