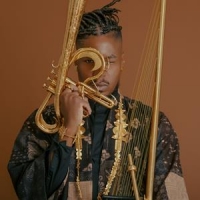 We all know what an influence the famous London jazz-club Ronnie Scott's has had on musicians and performers during their formative early days. George Melly, Stan Tracey, Wes Montgomery and even Jimi Hendrix have played legendary performances since the club's birth in 1959. Now the Frith Street venue in Soho will host an album launch by a young man who seems set to break it big-time - Christian Scott.

The soulful trumpeter has already collaborated with Prince, Mos Def, Jill Scott and DJ Muggs and has also appeared in a few films including the Clooney vehicle 'Leatherheads'. Now he has a fourth album scheduled for release on February 1st on the long-running Concord Jazz imprint. To celebrate the release Christian will appear at Ronnie Scott's on February 1st and 2nd to showcase the album, entitled 'Yesterday You Said Tomorrow', and play a few surprises. Tickets cost £15 upwards, available from www.ronniescotts.co.uk.

One of the pieces included on the CD is 'The Eraser' written and recorded originally by Radiohead's front-man Thom Yorke - another 'K.K.P.D. (Ku Klux Police Dept)' deals with the bad attitude and corruption displayed by certain members of the local police towards its citizens.

Much of the album holds a torch to his musical heroes - Miles Davis and Wynton Marsalis - yet Scott has enough of his own chops to rack up a Top 20 Billboard Jazz album with 2006's 'Rewind That' with much of the album drawing from his own backyards in New Orleans and New York. Check his tunes out on his My Space page (www.myspace.com/christianscottmusic).