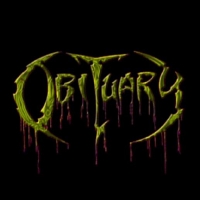 Billed as the 'Heaviest Band in The World', you at least know what to expect from Obituary - skull-cracking drums, toe-curling bass and lobe-bleeding guitars fuel the fire that burns inside the tortured soul of vocalist John Tardy, and that's before he has unleashed his bowel-growling roar from the stomach-pit of Hell. Add in some dainty song-titles such as 'Internal Bleeding', 'Slowly We Rot', 'Chopped In Half' and 'Platonic Disease', and you get the feeling you wouldn't like any of them to handle your luncheon meat at the local deli or even build a snowman in your garden ('Frosty' would probably have an axe embedded in his icy head).

Instead, you will find them pummeling your grey-matter during a short UK tour just announced. The heavyweights (in more ways than one) will play O2 Academy venues in Birmingham (March 7th), Newcastle (8th), London's Islington (11th) and Sheffield (12th). Tickets cost £16 - £18 and are on sale now.

In all seriousness, Obituary are one of the pioneering bands from the early days of Death Metal, along with Deicide, Morbid Angel, Possessed and, of course, Death. Their debut album, 'Slowly We Rot', set the tone for an intense catalogue that fans have lapped up since 1987. Make no mistake these boys haven't lightened up in the last 20 years or so - listen to their My Space page for proof. Their recent 2009 album (their 8th), 'Darkest Day' is no serene canter through shopping malls or canal cottage gardens - songs like 'List Of Dead' and 'Violent Dreams' certainly strength any doubts you might have.

If we're all going to die in agonizing pain at some point, you might as well do it with Obituary buzzing in your ears.