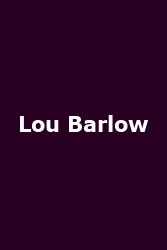 The 2009 critically-acclaimed solo album Goodnight Unknown by Lou Barlow is set to be followed up with a series of tour dates.

Having recently played live shows with Dinosaur Jr, the very man who also founded Sebadoh, Lou Barlow, will be playing UK and European live solo dates, kicking off in Brussels on 30th January. In the UK, you can catch him at Manchester's Deaf Institute (31st), Stereo in Glasgow (1nd Feb), and Dingwalls in London (2nd Feb), and before he jets off for mainland Europe, hitting up Paris (3rd), Amsterdam (4th) and Cologne (6th) on the way before a final date in Berlin (8th).

Lou Barlow first came onto the music scene way back when in the 80s and is said to be one of the most prolific songwriters of his generation. Expect to hear a plethora of tracks from Lou's extensive collaborative back catalogue.