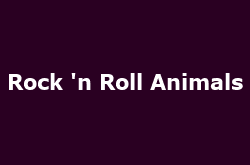 Following recent exhibitions on Kings of Leon and Debbie Harry, the Proud Camden gallery will make room for some fresh eye-candy at the end of January.

'Rock 'n Roll Animals' as it is called, is a series of photographs taken by French snapper, Sophie Jarry, who, in her ten-year-long career, has captured all the coolness oozed by ear-candy makers such as Boy-Meets-Girl outfit The Kills, Alex Turner, Peter Doherty, Carl Barat, modern Goths The Horrors, US alt. rock's main man Jack White, Oasis, The Kooks, the fringe-happy Yeah Yeah Yeahs and Daft Punk's heirs in Justice, among others; in other words, the bright faces of the noughties' indie scene. [To be precise, Sophie's career-proper officially started on 31st March 2004, when she obtained her first photo-pass to see The Coral in Paris, meaning she no longer had to sneak into venues with her camera hidden about her person, dodging bolshy 'no photos after the first three songs' security staff! - Ed]

Music and pics fans will get their NO-money's worth with this show, as it is free, and you know what they say of the best things in life....