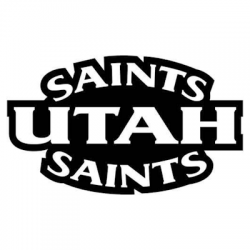 Fear not - there will be no sign of Mr Cowell at this impressive addition to the festival calendar of recent years. Vibraphonic is very much all about quality vibes and grooves from across the globe, minus the muddy fields and under-cooked chop suey (well, depending on which take-away you get it from). Yes, Exeter hosts the eclectic gathering for the seventh year during March and it's already looking a bit 'hubba-hubba'. Many city venues will be gearing up for the busy fortnight already and I reckon they might have a few sell-outs judging by the names below.

Some of the tickets are on sale already (since a few acts will be in the throes of a continuing tour at the time). Have a look below!

The festival begins on March 5th with U-U-U-Utah Saints (!) and Scratch Perverts appearing at the Lemon Grove. The Saints are famous for the Kate Bush-sampled smash 'Something Good' as well as plenty of ruff-tuff ravesque beats 'back in the day' (early 90s). The Perverts have been forging a path between the worlds of turntablism and old-skool hip-hop for nigh-on fourteen years and have recently been selected to provide beats for the console game, 'DJ Hero'.

Levi Roots, responsible for tackling our bland taste-buds with his Dragon's Den-conquering fiery meat marinade, Reggae Reggae Sauce, completes the first night's entertainment at the Exeter Phoenix (the arts centre at the core of this festival).

Not officially part of the Vibraphonic heading, but playing at the Phoenix during the same period all the same, is Wild Beasts (16th Phoenix). They seem to have been blessed with Album of the Year accolades all over the shop (that's if Animal Collective hadn't come first), so for under a tenner you can play witness to their Cumbrian shenanigans.