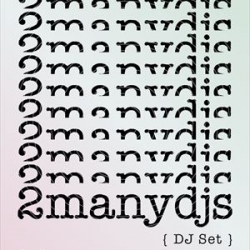 As previously announced, the Highland festival that is, Rock Ness 2010, will start on June 11th running until 13th. The very first acts have just been announced and, yeah, looking good already.

The Strokes have been a major music feature of the last 10 years or so - their profile soared in the 'Noughties' with 'Is This It?' back in 2001 and it has rounded off the decade by becoming NME's Album of the Decade. Julian and his garage-rockers return to Scotland for this tasty festival, bringing with them a veritable catalogue. 'The Modern Age', 'Last Nite' and '12:51' will no doubt feature in the set-list, as indeed will their much-anticipated new material due for release anytime soon (ish).

Another band set to provide a soundtrack for the 'Teenies' is Friendly Fires who just happen to be accompanying The Strokes to this Highland fling. Their debut album is very much fresh in the memory, despite being released in 2008. New material surely beckons - whatever, this is their debut Rocknessness! In addition, Soulwax / 2 Many DJs will be playing in both guises throughout the weekend, as well as Annie Mac and Rob Da Bank hosting their own sets and arena appearances (Radio One is the official partner for the festival).

Salivating just a little? Let's look at the tickets then.....

As mentioned in a previous article, the non-camping Early Birds have sold out now, but you can purchase some sexy "Front Row Camping" tickets instead (close to the main arena and late-night action), and on a payment plan too! These tickets cost £120 each outright or with the easy-plan payment thingy spread over 3 instalments, you pay £40 now, then £40 on March 23rd and finally 'settling-up' on May 24th with the final forty quid. Much easier than paying for it all now and going without bread, beer and gigs for weeks on end eh? Hurry though - these will sell quickly! Oh and the camp-site opens at 10am on the Friday (that's the 11th).