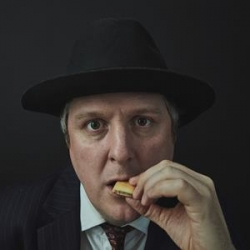 If you need a giggle (and don't we all when 'Hole In The Wall' appears in the schedules) then the Soho Theatre might be worth considering, especially since their recently announced winter comedy season has had an additional load of gigs confirmed. Hurrah!

US duo The Pajama Men will play a month-long residency from Jan 6th to Feb 6th, providing award-winning surrealism and generally chaotic knockabout comedy for the princely sum of £12.50. Messrs Allen and Chavez will introduce a train-load of freaks and weirdos in their inimitable style.

Edinburgh Comedy award-winner, Tim Key, plays a dozen or so nights from Feb 9th to 20th (£15 - £17.50). His show is subtitled 'The Slutcracker' (don't ask) features prose and poetry derived from the mind of a man on the edge - that'll be Tim then. If you want to know more about Mr Key, his website says this: 'Tim Key is thirty'. Of course he is.

Tommy and the Weeks

Four days of Tommy and the Weeks grab you? Of course it does. The crazy duo, consisting of comedians Tom Bell and Ed Weeks, will fire insults around and perform sketches for just £10, starting on March 3rd until the 6th.

Tickets are on sale now. Enjoy.