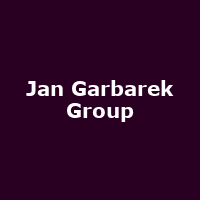 It's not just London that packs 'em in at so-called cultural events - Birmingham also has its feet firmly in the more broad-minded spectrum of entertainment. No need for elitism here, judging by this line-up, just a thirst for varied and exciting music.

The city's Town Hall and Concert Hall have announced a pretty decent and eclectic line-up for the coming weeks, featuring a few artists as part of their ongoing tour schedules. So why trudge all the way out to the NEC for live music when you can saunter into town and hear something a bit less obvious but a lot more satisfying?

Let's look at the Town Hall first. Folk super-group, The Imagined Village kick off the season in some style on Jan 21st. The band is comprised of Billy Bragg, Benjamin Zephaniah and Paul Weller on the odd occasion, but for this special concert, Eliza and Martin Carthy will head up an alt-folk gang playing traditional roots music with electronic and analogue instruments. Their new album, featuring The Bays and Transglobal Underground people, is due out on Jan 11th entitled 'Empire And Love'. Tickets are £16.50.

In tandem with nu-roots and old-school folk, Tom Paxton will appear on the 25th with his brand of thoughtful, yet sometimes light-hearted, song-smithery. The man is a legend in folk circles and at £20, tickets are sure to fly out - he doesn't tour a lot these days!

Other biggies include the Jan Garbarek Group on the 29th (£18 to £25). The Norwegian sax magician will craft his usual emotive and haunting music with the help of long-standing cohorts, Rainer Bruninghaus, Yuri Daniel and special guest, percussionist Trilok Gurtu. I can't recommend Garbarek enough - the man mixes traditional Norway folk melodies and jazz ambience, without chin-stroking and dodgy roll-ups. If you have warmed to Portico Quartet, this is right up your broadway.

February sees Grammy-grabbing Judy Collins returning with plaintive songs like 'Both Sides Now' and 'My Father' under her belt on the 7th. Tickets are £20. Midlake have a new album out on Feb 1st - called 'The Courage Of Others', it will be supported by a short tour of the UK (as announced ages ago by us), including a date here in Brum on Feb 16th. £15 gets you in.

Beth Nielsen Chapman (Feb 27th - £21) has long been on the fringe of big things with her excellent alt-roots musings - maybe her new album will elevate her to household status. It's called 'Back To Love', gets released on Jan 25th and is being supported by an extensive UK tour. Check below for the rest of her dates.

Finally, the Symphony Hall (just around the corner from, and in accordance with, the Town Hall) will host performances under the banner, 'Mother India'. The series features evenings celebrating the diversity of this culturally-enriched nation, as well as the local populace in and around the Midlands. Keep your eyes peeled for further news on this special weekend.