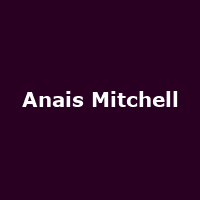 Two revered US singer-songwriters have joined forces for an upcoming UK and Eire tour this month. Erin McKeown and Anais Mitchell have been much lauded over in the States for their energetic yet thoughtful brand of song-writing, not least by one Ani DiFranco, the acclaimed folk-punkette who formed her Righteous Babe label as a haven for talented, yet not major-label, artists.

Both singers have delivered highly-regarded albums during the past year, Anais with 'The Brightness' and Erin with 'Hundreds Of Lions', so between them there should be a raft of songs from their already expansive catalogue as well as the newies. Expect energy in a folk-rock style.