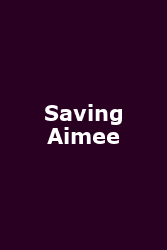 The band formerly known as Saving Aimee have this week announced that they are calling it a day - at least for the foreseeable future. Unfortunately, this announcement comes just two months before they were due to head-out on a UK/ Ireland tour.

The band have decided that they've gone as far as they can in their current guise, so intend to pursue other musical endeavours - updates will be posted on: www.myspace.com/savingaimee and www.twitter.com/savingaimee .

Ticket-holders should claim a refund from their point of purchase. We'll leave the last few words to the boys - taken from their myspace:

We've been pretty quiet as of late, so you might be wondering what the deal is. After a couple of weeks of writing songs and hanging out we've all decided to take a break from the band.
We sincerely apologise to all of you who have bought tickets for the forthcoming February tour and hope it hasn't inconvenienced you too much.

We've spent the past 4/5 years of our lives playing and writing music we love, and dreaming of being able to travel around and play live shows. We have lived out this dream and experienced things we never thought we would get the chance to!

Full UK theatre tours, arena shows, festival appearances, TV appearances, Radio play.. We even got to record our music with an idol of ours and self release it..

But there is only so much you can do with a band before you hit the ceiling and realise it's not progressing and find you all want to go in different directions. It hasn't been an easy decision, but it is for the best interest of everyone involved within the band that we've decided to take a break and work out our next step.

You guys have no idea how much you all mean to us, and how appreciative we are to every single person who has ever come to a show, bought our music, downloaded our music, sang along, danced or pretty much done anything for us. We've played with so many great bands and made so many friends along the way. We thank every single one of you.

On a lighter note, you will be able to keep track of our musical endeavours, as we are not vanishing off the face of the Earth via this myspace and twitter, as we are pretty certain you will notice us crop up again soon.