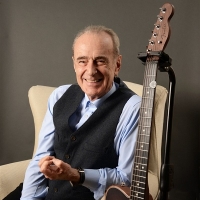 "Whatever You Want", "What You're Proposing", "Rockin' All Over the World" and "Down Down" are the archetypal Status Quo songs aren't they? Heads down, legs apart, hair swishing against the mic and that trademark excursion into two-chord heaven. Sometimes even three chords. The Quo are as British as a nice cup of tea, a portion of pie and mash and an omnibus of Corrie - they truly are the Purley Kings [sic].

But, have you ever wondered where the forgotten songs go, the ones that are probably just as instrumental in driving a certain Mr Rossi and Mr Parfitt forward musically, as the ones that DO get an airing (should that be air-guitaring?).

Fret not [pun intended? - Ed] - Francis Rossi is about to reveal all as part of a short tour next year. He will play five dates beginning with Edinburgh's Queen's Hall on May 12th and continuing to Birmingham (Town Hall - 13th), Manchester (Academy - 14th), Cardiff (Glee Club - 18th) and finally Sheffield's City Hall on the 19th.

Tickets are on sale from 10am on Friday 18th December - just in time for Christmas! Priced at £19.50 plus fees, it's a bargain to see a rock legend.

Rossi has confirmed that this tour is a showcase for a lot of unheard material, either intended for future solo release or just not quite the usual Quo groove. Sure to be a winner though and remember, to quote the Quo, 'the party ain't over yet'!