Fill the Passion Pit in March 2010 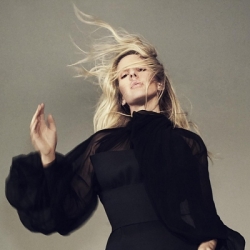 Massachusetts electro-rock quintet, Passion Pit, who were put on the map earlier this year, ranking number nine in the BBC Sound of 2009 poll and supporting the likes of The Killers and Franz Ferdinand at festivals, and subsequently released their debut album, 'Manners' in May this year, have announced a tour of the UK for next March.

The band who have since released three singles, including 'The Reeling', 'To Kingdom Come' and 'Moth's Wings' (though why the amazing 'Little Secrets' still hasn't made it yet to single format is an enigma), will play 7 shows, kicking off at Bristol Academy on the 3rd, via Leeds Met Uni (4th), Manchester Academy (5th), Glasgow ABC (6th), Norwich UEA (8th), Nottingham Rock City (9th) and ending at the London HMV Forum on the 11th. Their new mascot, folktronica popstrel, Ellie Goulding will support them on all dates.