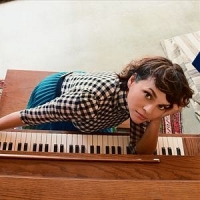 Having turned 30 earlier this year, and showing off a slightly edgier look of late (locks have shortened, lips are redder-but not that she really need a makeover in the least....), Norah Jones released her fourth studio album last month, entitled 'The Fall'.

While her smooth vocals and the first couple of albums (with tunes like 'Sunrise' and 'Come Away with Me') made it easy for her to get pigeonholed as a nu-Jazz wonder, as forecast on her 2007 album 'Not Too Late', 'The Fall' sees Jones take slightly poppier if eclectic turns (as long as she doesn't catch the Nelly Furtado Syndrome, we're fine!).

So in support of this new effort, the ear & eye-candy songstress, has announced two UK dates in June'10, and will play the Manchester Apollo on the 21st and the Hammersmith Apollo on the 22nd.

Until then, in this very imminent winter, remember 'The Fall', the first single off which, 'Chasing Pirates', is out now.