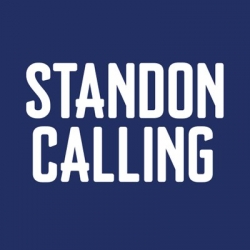 One of the most respected and organized boutique festivals the UK has to offer, Standon Calling, has announced details of Early Bird tickets for the 2010 shindig.

This year, the three-day event will run from Friday 6th August until Sunday the 8th. Tickets are available now and will cost just £75 plus an admin fee that will go straight to the selected Standon charities, rather than an anonymous admin assistant (as if). There are also £95 weekend camping tickets as well. There is also the chance to be entered into a draw to win a helicopter ride to the festival itself (check www.standon-calling.com for more info). How cool is that?

This year's booking-fee beneficiaries will be announced at a later date (although it will definitely include Phoenix Futures, a charity devoted to victims of drug and alcohol abuse), along with the line-up. Judging by the roll-call for last year, it'll be a bit tasty. Previous attractions have included Florence and the Machine, Mumford & Sons, Friendly Fires and Femi Kuti.

The eco-friendly festival is held in the grounds of a 16th century manor house in Hertfordshire (near the quaint small town of Ware) and normally features oodles of deluxe showers, decent enviro-chummy loos, locally-sourced nosh and happy juice and crazy underwater discos.