James Morrison takes to the Forest in July 2010! 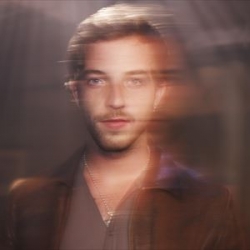 Fresh from ending his first headlining arena tour last week, after having supported Take That on some of their tour dates in the spring, singer-songwriter, James Morrison, will echo his soulful voice in the Forest next summer.

The 25-year-old, who gained recognition with his 2006 debut album, 'Undiscovered' and the gem, 'You Give Me Something', released the same year, has announced two dates as part of the Forestry Commission 2010 series, which will see him perform at the Delamere Forest in Cheshire on Saturday 3rd July, and at Westonbirt Arboretum, in Gloucestershire on Sunday 18th July.

Meanwhile, in case you'd been living on a another planet, be reminded that Morrison released his sophomore studio album last year, 'Songs For You, Truths For Me', off which three chart-topping singles, in 'You Make It Real', 'Please Don't Stop The Rain' and 'Broken Strings', featuring Nelly Furtado, have been released.

Tickets for Morrison's Forestry Commission gigs cost £31.00 (plus booking fee) and go on sale this Friday, 18th December, at 9.00am.