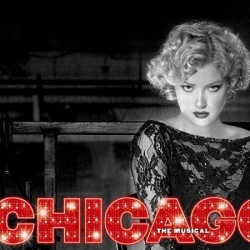 Y'know, sometimes it's great living in London. Not when your nose is jammed up someone's armpit on squashed sardine-can public transport carriages, not when some nutter bothers you for change and then calls you a **** for failing to change up a £20 note but , when you are offered the chance to see cheap gigs, cheap art and cheap theatre, it feels like you have 'stuck it to the man' for paying very little.

Get into London Theatre is a capital-wide promotion allowing you to see dozens of plays and performances for up to 40% off the standard price. Clicking on the link below will take you to the full list, but we've got a few suggestions here to get you in the mood. The promotion will run for most of January 2010.

Dance has a special offer with 'Havana Rakatan' (Peacock Theatre) with tickets offered for £25 instead of £40. Other clever-trevor tickets include matinee performances for 'Aladdin' at Wimbledon feat. Pamela Anderson (see our preview here) for £15 instead of £27 and 'Stomp', the urban dance madness performance, for just £15 instead of £47.50.

Take advantage of this offer - London is so bloody expensive most of the time - and enjoy a little sliver of culture for a sliver of cash. Turn off your mobile, turn off your mouth and turn on your brain to these discounted offers...