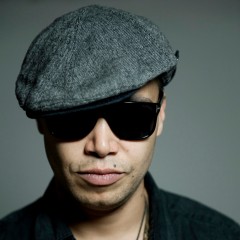 The Jazz Café will be the place to be this January, as it will welcome the long-overdue returns of two amazing acts!

First off, France's best known hip hop artist (notably for his collaborations with Guru on 'The Good, The Bad' in 1993, and Missy Elliott on the European mix of All N My Grill in 1999), MC Solaar, will play two shows on January 8th and 9th, thus performing in the UK for the first time in five years, during which he released his eighth studio album in a two-decade-long career, in 2007, entitled, 'Chapter 7', and his 2001 track, 'La Belle et Le Bad Boy', featured on Sex and The City in 2004, securing him a stronger fanbase Stateside.

As for Finley Quaye, little had we heard about the man, since his chart-topping 1997 'Maverick A Strike' album, or more recently his 2004 'Dice' EP, alongside William Orbit and Beth Orton, but while a new album is in the works with slated collaborations with Stereo MCs and A Guy Called Gerald, Quaye will grace us with a much-awaited catch-up on stage on January 14th and 15th.

Something to look forward to!