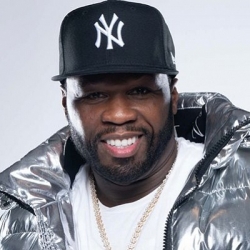 Curtis James Jackson III, alias 50 Cent, has announced two dates as part of a possible upcoming UK tour next year. The self-styled US rapper will play at Dublin's O2 (Point) on March 21st and Belfast's Odyssey on the 22nd in support of his most recent album, 'Before I Self Destruct'.

Mr Cent has had a fairly eventful life, to understate the obvious. He gave up drug-dealing to become a rapper in the late 90s and was given a warm welcome into the arena - he was shot nine times (in one sitting). Working initially with Eminem and Dr Dre, he recorded his debut album 'Get Rich Or Die Tryin' in 2002/3 and hit the spotlight for the right reasons with the anthemic-roller, 'In Da Club'. The follow-up long-player, 'The Massacre' continued to sell like hot (hash) cakes in 2005 with over a million sales in the US.

Now he brings his 2009 album, 'Before I Self Destruct', to audiences plus more new singles next year. Initially the album has only shifted a fifth of his usual units, due in part to the sound being more personal and darker (thus, less commercial). Write him off at your peril.

As suspected, Fiddy has added some mainland UK dates to join his Irish jaunt. He will be playing Birmingham's LG Arena, Wembley Arena and the Manchester Evening Arena on 20th, 21st and 25th March respectively.