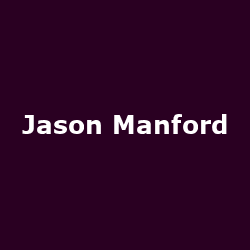 The popular Manchester comedian has followed his success with the BBC's Live at the Apollo series by mingling with showbiz royalty at the Royal Variety Show in Blackpool, including Queen of Vegas Bette Midler and Queen of Weird Lady Gaga as well as the actual Queen.

Having just completed an extensive UK tour and with his new DVD a certain fixture in many a Christmas stocking, the former XFM Manchester breakfast show host and 8 Out of 10 Cats regular will be enjoying a rest from life on the road before beginning the new tour in June of next year in St Albans.

The subsequent 50 or so dates take in pretty much most of the UK and it is clear from the schedule that Manford is becoming one of the nation's most in-demand comics although he'll no doubt be thanking his agent for back-to-back nights in Liverpool and Plymouth (ouch).