Underoath Promise to Play the Tour, the Whole Tour and Nothing But the March 2010 Tour 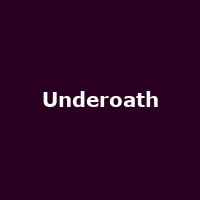 US Christian metallers, Underoath, will be gathering a few congregations together for a short UK stint in 2010, in support of their most recent album, 'Lost In The Sound of Seperation' (2008), as well as airing new material.

The dates confirmed are at London's Koko on March 11th, Manchester's Academy on the 12th, Leeds Met Uni on the 13th, Glasgow's ABC on the 14th and the Wolverhampton Wulfrun Hall on the 15th. Tickets are on sale now and cost Â£12.50 (Â£14 in London).

Underoath formed ten years ago in Tampa, Florida and, despite their hefty and bullish sounds, are all practicing Christians. They have cited At The Drive-In, Isis and even Radiohead as influences over the years. Their albums have included jolly titles such as 'Act Of Depression', 'Cries Of The Past' and 'They're Only Chasing Safety'. Their 2008 opus, "Lost In The Sound....", reached number 8 in the States and the band supported this with appearing on the Warped Vans Tour 2009.