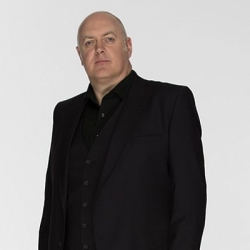 Something unusual has happened. Dara O'Briain is popping up all over the place and has been for a year or two now and yet, somehow, he is managing not to get on everyone's nerves. Which is nice and just as well, since he seems to be very funny.

A frequent contributor to panel shows like Have I Got News For You and QI, as well as being the permanent host of Mock the Week, it is easy to forget that the multi-talented Irishman is essentially a stand-up comedian. And a very successful one.

O'Briain's Irishness doesn't seem to influence his comedy a great deal - he's just a funny guy, full-stop. That said, his new material centres partly on observations of British or English culture which would have less relevance here if it were not for his status as a 'foreigner'.

Of course, the British way of life is awash with contradiction and non sequiturs and (crucially) we're happy to laugh at ourselves. It will come as no surprise that in the hands of one as sharp and talented as Dara O'Briain, the end-result is very funny.

Which is just as well since O'Briain is taking the material on an extensive tour in a very busy-looking 2010 which includes an impressive 23 dates in May of next year.