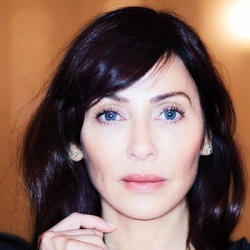 This tour has been cancelled for "personal reasons".

After a busy term, showcasing songs from her new studio album, 'Come To Life', released in Europe in October, Aussie popstrel, Natalie Imbruglia, last month announced a handful of gigs in the UK. The album release is slated for February 2010 (giving scope for more extensive touring some time next year). The December tour will see her perform at Manchester Club Academy this Sunday (6th December), followed by Birmingham O2 Academy (7th), Nottingham Rescue Rooms (8th ) - the date at The Cambridge Junction on the 9th December has now been cancelled.

'Come To Life', recorded in London over the last couple of years and released on her own label, Malabar Records, boasts songwriting and producing contributions by the likes of Chris Martin of Coldplay, Brian Eno, as well as Michael Brauer (The Stones, Dylan, Macca) and Jamie Hartman of Ben's Brother. Surely something some will be looking forward to!

Tickets for Imbruglia's December dates cost £12.50 (+ booking fee), and are on sale now.