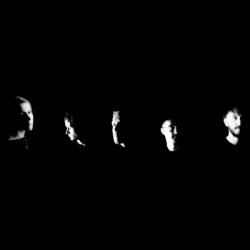 Sheffield synth-core band, Rolo Tomassi, have released 16 (that's sixteen, kids) CDs/EPs/7" in just four short years, yet have only been creating a stir in the last twelve months or so (well, NME seem to like 'em). Let's take their most recent EP, "End Hysterics". Released on Mayday! Records, it was available in 5 colours and only available at one show (in Brixton) in October this year - as a limited edition of 50 copies. The previous release was a split single with Throats and only available from two sources, Holy Roar and Hassle Records, as a subscription with only 500 ever pressed. Um, how about their debut called '3 Track Demo' - this was a CDR recorded in one of the band member's shed with just 50 copies being produced.

I like this lot already and you might too - they are playing some limited (of course) dates in January 2010. Tickets are on sale now.