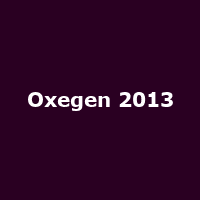 Further to our articles about 'Early Bird tickets for 2010 being offered at 2009 prices', the Oxegen organisers have gone for the proverbial festival jugular by announcing Early Birds at, wait for it...2007 prices. Have they taken leave of their senses? Are they a barrel short of a brewery? I hope not, I reckon they might need some of that booze for this event...

The 2010 Oxegen shenanigans will take place at the Punchestown Racecourse, Naas, Co. Kildare from July 8th to the 11th and tickets will go on sale this Friday (December 4th) at 9am.

The prices (in case you cannot remember as far back as 3 years ago) are:

For the second year running, Oxegen has been voted the 'Best European Festival' at the annual UK Festival Awards, held at the IndigO2. Not bad, considering there were 400,000 votes to count! There is usually a charity contribution from the racecourse management and local residents and concert-goers, as part of the event. The 2009 festival has helped fund the construction of an old people's home in nearby Naas.

Early-bird tickets available until the end of the year, after which the 2010 prices apply.