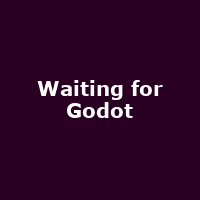 The Haymarket Theatre in London's West End has announced an extra eleven week run of the sell-out tragic-comedy, "Waiting For Godot". You may remember Samuel Beckett's play being performed earlier in 2009 by Patrick Stewart and Ian McKellen at the same theatre. Critics fell over themselves to acclaim the rapport and warmth between the two experienced and respected actors, as well as the crucially accurate portrayal of the characters, 'Vladimir' and 'Estragon'. The plot centres around these two down-and-outs theologizing about life and death while waiting for the subject of the play's title. Bitter-sweet and funny by turns, it is worth seeing.

For this run, there is to be a change in personnel for some of the roles. Ian McKellan will remain in the part of 'Estragon' but Stewart will be replaced in the 'Vladimir' role by Roger Rees. His previous acting history takes in work for the Royal Shakespeare Company as well as being a regular in 'Cheers' and frequent appearances in 'West Wing' and 'Almost Perfect'. 'Lucky' will now be played by Ronald Pickup and 'Pozzo' will be portrayed by Matthew Kelly. Pickup has an envious acting CV including (deep breath) 'Waking The Dead', 'The Bill', 'Lolita' and 'Julius Caesar' amongst hundreds. Matthew Kelly is famous for light-entertainment TV such as 'Stars In Their Eyes' but his theatre work is immense in comparison including 'Virginia Woolf', 'Oh What A Lovely War' and 'Of Mice and Men'.

Tickets are available now and cost up to Â£48.50 plus fees.