9th December 2009: The Gig Decision: J Mascis and the Fog vs Stephen Malkmus and the Jicks 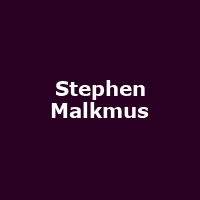 9th December will see some of you face the dilemma of attending one of two major good-noise-aplenty extravaganzas, as Dinosaur Jr. frontman J Mascis will be taking to the stage of Islington venue The Garage while the driving force of the newly reformed Pavement, Stephen Malkmus will play the Electric Ballroom in Camden.

Both alternative rock royalty will appear separately with their respective side-projects, which will see J Mascis and the Fog accompanied by bassist Dave Schools, Kylie Spence and San Francisco outfit Sleepy Sun, and Stephen Malkmus and The Jicks (whose fourth album, 'Real Emotional Trash', was released in March 2008) will invite Brooklyn quintet, Glass Rock.

Consider these two events as promising offshoots of next May's All Tomorrow's Parties Festival which will be curated by the very same Pavement, and has now unfortunately sold out.

Now, that's when one wishes they could split literally themselves into two!