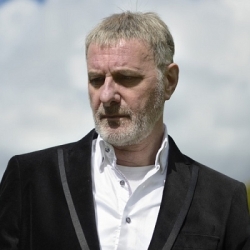 If you remember the days of Bay City Rollers, Kenny and Hot Chocolate then you will probably remember Steve Harley and Cockney Rebel. He looked a bit like Chris De Burgh but we won't hold that against him because he wrote some pretty jolly little tunes, as opposed to comparing someone's eyes to hair highlights in a crimson frock. Remember 'Mr Soft'? Used as the theme to a Trebor Mints advert with a wonky bit of camera trickery, the accompanying song reached the top 10 with ease back in 1974. But it was the following year when Harley really hit the big time and the top spot with the perennial favourite of weddings, student parties and Christmas gatherings, 'Make Me Smile (Come Up And See Me)....... "You've done it all......."..... well, you know how it goes.

Harley and his band of Rebels have announced a 2010 UK tour just for you - and they do have far more than just two songs, before you ask.

The dates begin on May 24th 2010 in Belfast at the Spring and Airbrake before marching on through Edinburgh (26th), Newcastle (27th), York (28th), Wolverhampton (29th), Bristol (June 1st), Holmfirth (4th), Ipswich (6th), Brighton (7th), Cardiff (9th) and ending up in his home-town, London at the Shepherd's Bush Empire on June 20th. Ticket prices vary (around the £24 mark depending on venue) and are on sale now.